Hello my virtual Goddesses and Gods! Have you ever wondered what it might have been like in the Garden of Eden? Well if you play in Second Life, now you can find out by visiting the recently opened Garden of Eden sim! Trust me… you want to visit! As always, click the images to see them in their other glorious sizes on Flickr 🙂

From the moment of arrival you can tell this is going to be a lush garden. The landing point is drenched in rain, giving the place a darkish, moody look that imparts the feel of a realm still simmering in its creation. Your experience will be aural as much as visual, with sounds of rain and birds surrounding you, and more sounds in the distance calling you to explore.

This moodiness, this sense of things forming in the swirling mists and dark, continues as you wander a path that has no paving stones or markers, yet is there nonetheless. The path takes you to a giant archway shrouded in mystery, showing only just a glimpse of what might lie beyond.

Take a look to your right and behind a bit, and you’ll see what you left behind, a grand stone structure that somehow you didn’t see at landing. You might also find something strange hovering in the sky above the rocky coastline…

Once you go through the giant archway, here is where the Garden of Eden truly begins! On the other side of the arch is a beautiful meadow filled with flowers. You begin to hear the sounds of animals, but you don’t really see them yet, except for that baby goat that keeps bleating, leading you onward.

Keep going, and you will reach what was for me the real treasure in this realm… an Eden filled with animals, two footed and four, just waiting to be hugged if you’re daring, and photographed if you’re so inclined. Lions and tigers and elephants and emus and gorillas and peacocks and seagulls, oh my! To name just a few of the critters you’ll find here. And also the goddam giraffes.

Why goddam giraffes, you ask? Well because in that photo above, I waited patiently for nearly an hour, with all the graphics and lighting and stuff turned on, for the leopard and zebra (who were stationary) to be in focus at the same time that the giraffe would walk through the scene in the background. But the goddam giraffe walking through the scene made my graphics card try to put it in focus while it was moving, thus sending spots and stripes out of focus. It took a LOT of patience to sit there waiting for focus and giraffe to all happen at the same time. Thank goodness my bff RockSandy was working on her blog post too, complaining about some ancient goddam cassette tapes she was searching all over the house for and couldn’t find. We shared our misery and in sharing, lessened it. Well, vented it at least. But I digress… back to the Garden!

The last thing I will encourage you to look for is the area that I call the Crossroads. It isn’t formally called that, just what I call it. There you will find icons of opposing forces, mythological representations of good and bad, of the apple tree of knowledge story. They are beautiful in their creation, awesome and maybe juuuuust a little bit creepy to behold. With rays of light shining from behind, and apples all around on the ground, it is easy to reenact the scene where humans were given the choice to be knowledgeable and see all things including the awful, or to remain blissfully ignorant of all but their immediate surroundings and gratifications.

Last but not least, we get to the kudos! Garden of Eden’s inspiration, owner edenjane765 (aka Ms. Snuggly Wuggly), and its creator, Shen Molinaro, are both incredibly friendly, welcoming and kind, and always share nice and encouraging words with folks who want to practice their SL photography in their beautiful realms. For the opening of the Garden of Eden, a photography contest was held, and I am (bragging) so honored and flabbergasted to say that one of my photos won 3rd place in the contest!!!

Photographers – never fear! Although the Garden of Eden contest is over, Shen’s latest build, Vivaldi, is hosting a photo contest from Oct. 1st – 31st, 2015! Visit the sim to get photo contest rules from the sign at the landing point, and post your entries to the Vivaldi Flickr Group.

UPDATE: The Garden is Gone 😦

Well it’s the end of November 2015, and unfortunately another beautiful realm has come and gone in Second Life. Two days ago I went to visit the Garden of Eden and found myself instead in a parcel empty but for a rental office.  Sadly, it is the nature of Second Life, as high land fees mean lots of beautiful builds come and go. 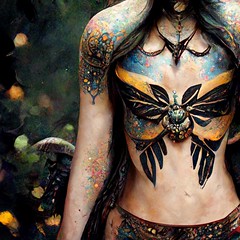 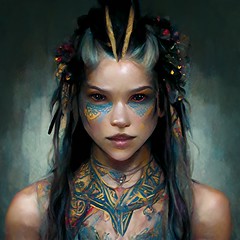 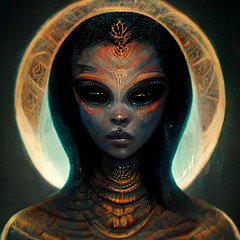 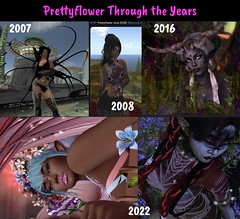 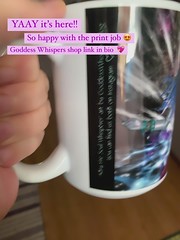