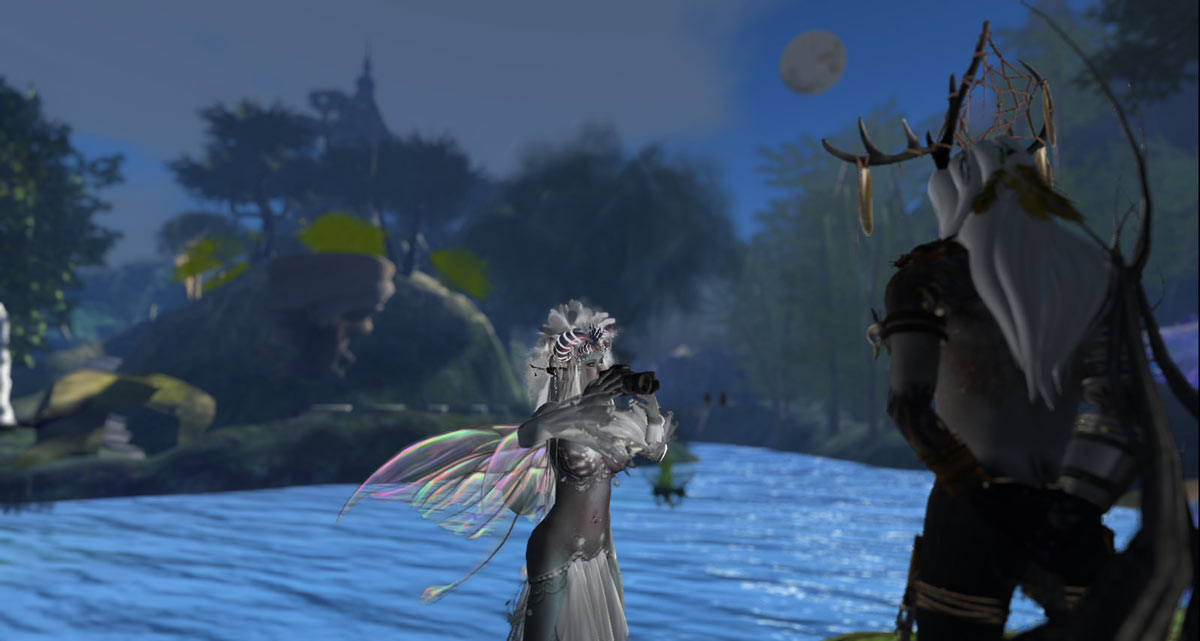 The Faery, the Satyr, and the Magic Soul Box

“What is this strange device?” asked the Satyr.

“It’s a hooman magic soul box.” replied the Faery. “They hoomans say they can capture a soul with it.”

“I’m not sure it’s working,” said the Faery, “maybe I need some magic words to utter over the scrying window.”

She found a button and clicked it, and behold! The scrying window captured what was in front of them, as if it was a little painting. She could look at that moment again whenever she wanted to. “It does capture time, and show us the past!” she said, with a bit of delight.

The Satyr was in for it now. She begged him to hold still so she could snap a few moments in time that held the Satyr.

He wasn’t so sure he liked the idea of having bits of himself captured by a hooman magic soul box, but he knew Faeries could be stubborn creatures – especially this Faery – so he obliged. As he thought the words “especially this faery,” he smiled. And in that moment a little bit of his soul leaked out, and she captured it.

This story was written for the awesome, free, online Blogging University Writing 101 assignment Day 4: A Story in a Single Image

Bonus image below. Because I can’t stop with just one.  ~Stubborn Faery~